Meet The DunGums.   They’re a fascinating  family.  Cobbled Together, Empty Nested, and Widely Scattered. I adore them!

I can hear you now.   “What kind of name is DunGum, anyway?” you’re asking.

Well  — it’s like this.  A few years back, Mr. Dunn, the father of three teen-aged sons met and married the gorgeous, sassy and over-achieving Ms. Mangum who came as a package deal with two sons of her own, and they all piled into one big testosterone-laden house.  Before long, the older kids started heading off to college, and soon even the younger ones followed.  Somewhere in those family formative years, in an attempt to make everyone feel equally a part of their combined family, they light-heartedly took on the name DunGum.

There, you have it.  Better than the Brady Bunch, huh?

Of course as time passed, some of the sons started adding special young women to the fold, and for several years we have tried to get everyone  together for that iconic family portrait. We came pretty dang close once, too. Pulled their living room sofa out into the front yard and piled it full of people, but still someone was missing and it never seemed right to produce the canvas.

With kids off at colleges all over the country, and holidays split with among other parents and new in-laws and out-laws, ski trips, and knee replacements, anyone else would have given up, but not Lynet. Kudos to her for being open to a new approach.

We realized  that we’d just have to  catch everyone when we could and  build from there.

Our portrait session spread out over several months, but eventually we captured each individual as well as the married and/or engaged couples. together. We shot with two backgrounds every time.  A simple black backdrop and a brick wall.  Just a little variety but enough consistency to tie everything together. 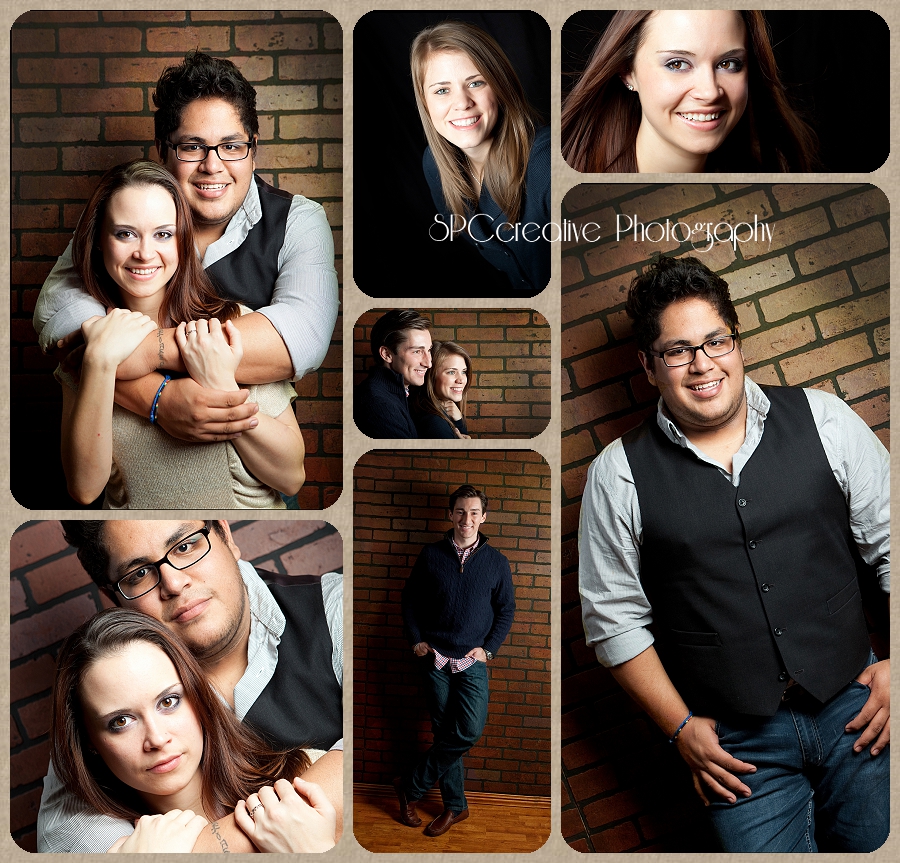 Once all of our images were created, we  selected a wall sized image of each individual or couple as well as smaller  secondary prints of everyone. Lynet wanted a variety of shapes and sizes to hang together on one wall, and my print lab did a beautiful job of formatting the selections into thin-wraps — lightweight, ready-to-hang frameless  photographic prints with a mounting block centered on the back. 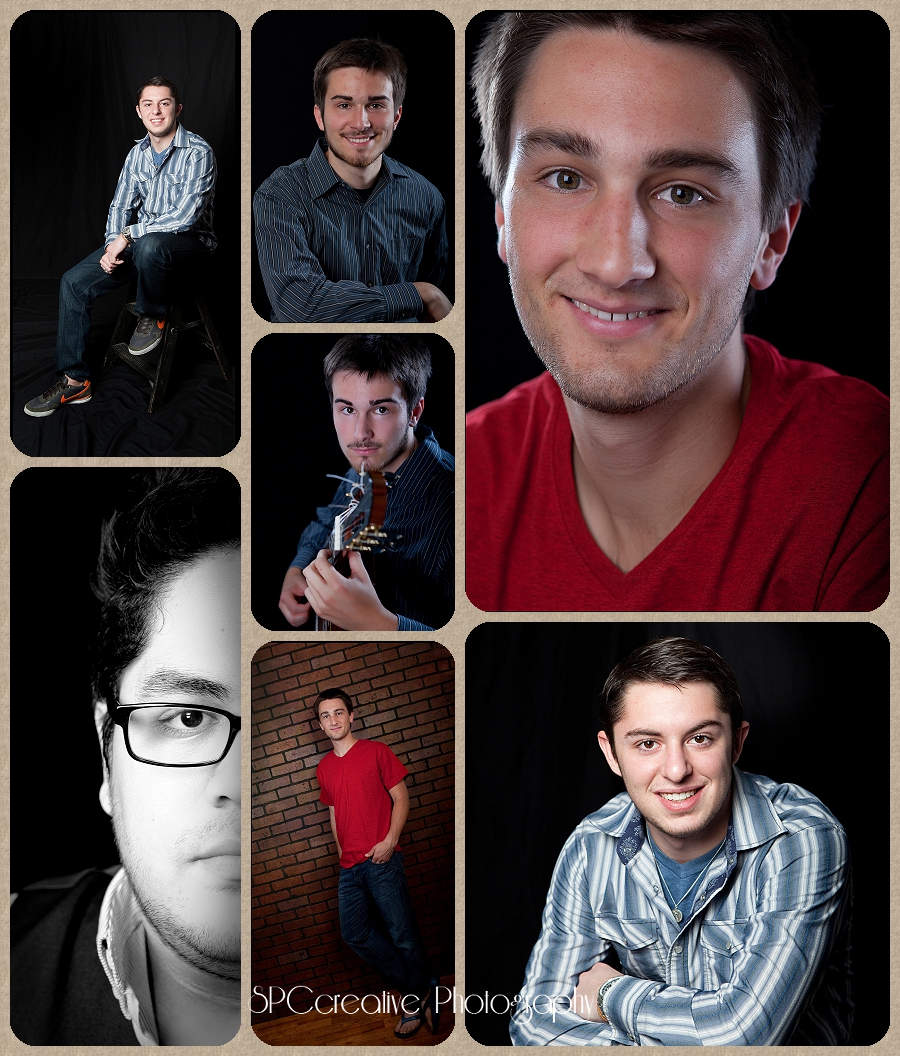 I’ll have to share a picture of the finished wall at a later date.  It’s very nice.  While it is  not  a single traditional family portrait on one canvas, the DunGum’s  portrait wall does capture the essence of the entire family at this one stage in their life.  Isn’t that what a family portrait is all about anyway? 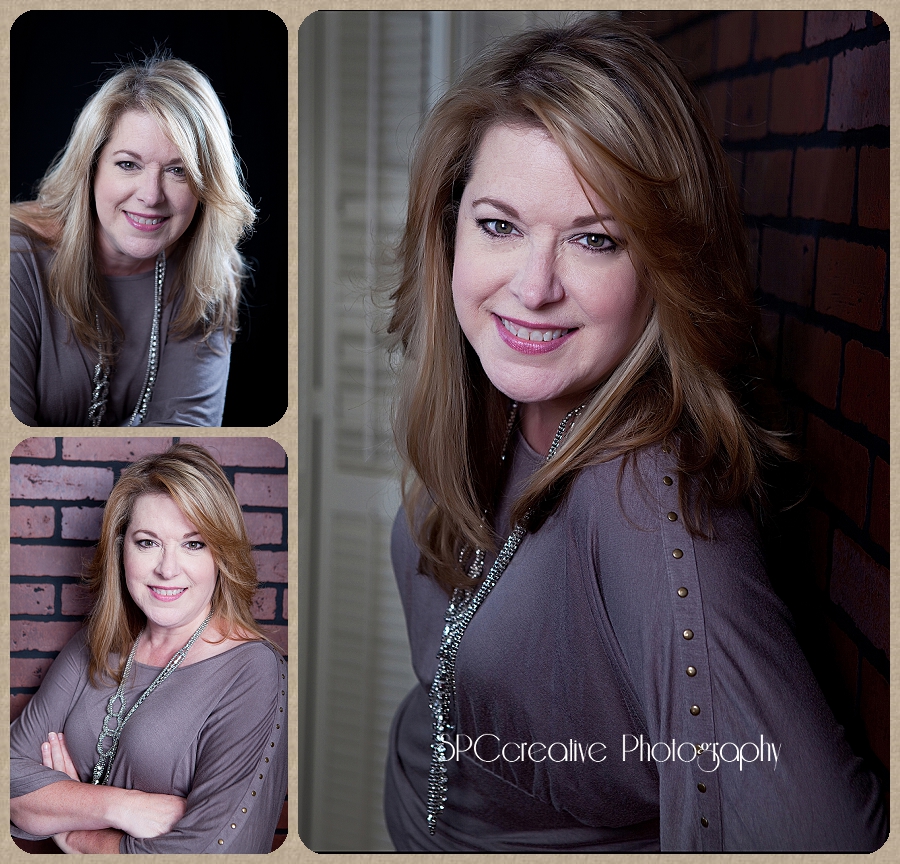