This is such an exciting week!

Hollie and John are getting married on Saturday, and I can hardly wait for their big day to get here. 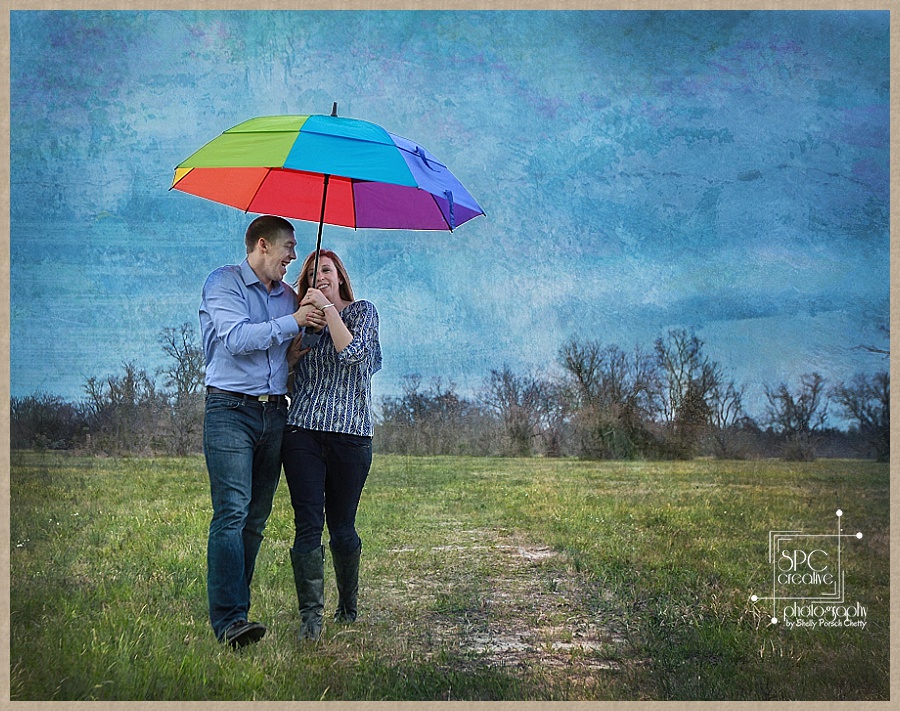 It rained on us when they came to town for their engagement session, so we caught a few quick images at the park with umbrella and boots, but the skies really opened up, so we skedaddled back into the studio to finish up.

They say that rain on your wedding day is good luck, so we’ll go ahead and claim that luck from the engagement shoot as even more good luck to come. 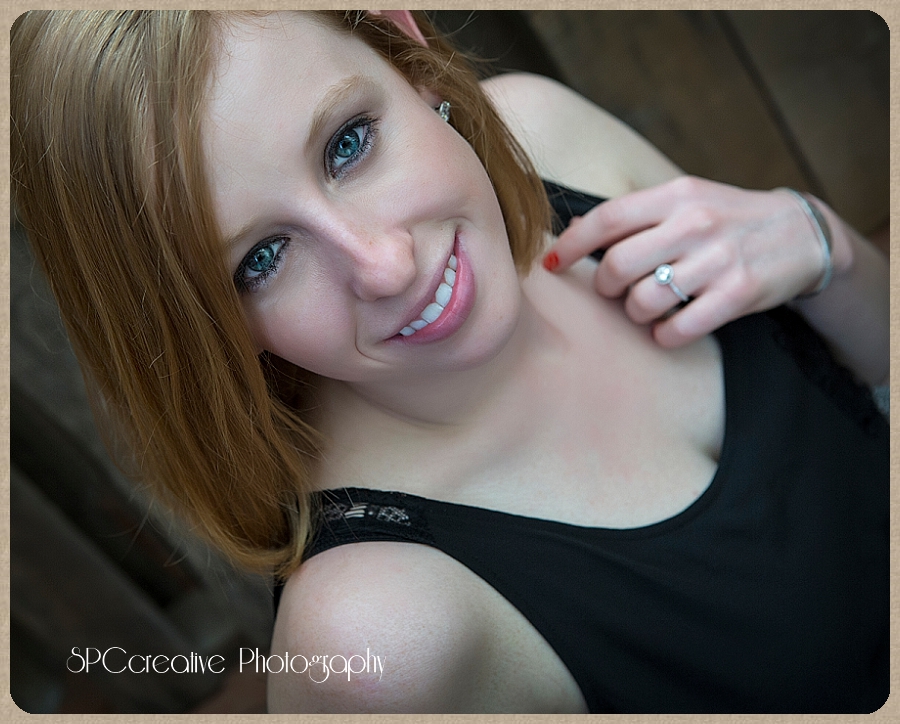 This wedding is very super special to me — and NOT just because Hollie is a stunning redhead like yours truly.  It’s special because Hollie was my very first senior client EVER!

I had met Hollie and her mom through the Taylor High School Cross Country team when she was a senior and my son was running as a Freshman.  I attended every cross country meet that year with my camera and photographed the runners as if there was no tomorrow. That was when all that stood behind my photography business was a name, a sales tax number,  and a dream in my heart — I had a WHOLE LOT to learn about photography and about the business side of the art.

Cross Country meets take a long time, and you wander around with the rest of your team parents a LOT … so we got to be friends. Then, in the springtime, Hollie’s mom, Sarah, actually hired me — did you hear that???? HIRED ME!!! — for money — to take senior portraits for Hollie.   I don’t think I netted  $40 on that job, but I DID get paid!  It might as well have been a $4000 session as excited as I was.   To be honest, though,  I am very disappointed in those senior portraits when I look back at them today because –well, I was a beginner. Like so many people,  I had a great eye and a lot of passion, but I had barely started honing my skills.  Still, I will ALWAYS ALWAYS ALWAYS be grateful though,  that Hollie and Sarah put enough  faith and support behind my dream to start my baby steps.

Hollie and the other senior girls on the team started a tradition that lasted for several years.  They would run in the last “extras” race but would drop out somewhere along the course to get muddy before running in together.  OHhhhhhh how I loved their spirit! 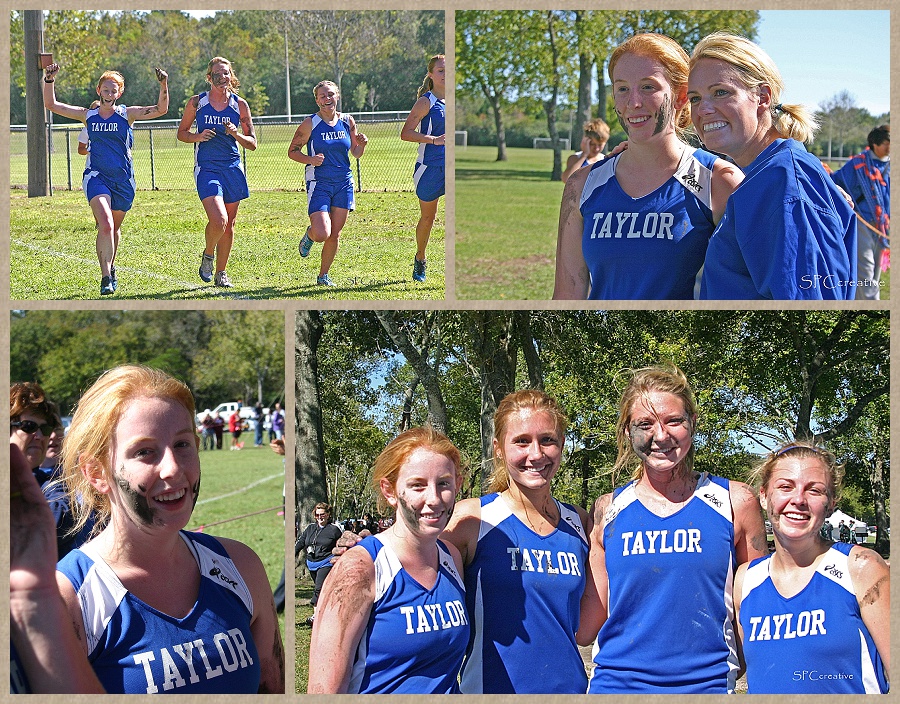 Hollie still plays in the mud, but in a serious way — now she wears coveralls and a hard hat as an oilfield engineer with Schlumberger.   I STILL love her spirit and sense of humor — oh and she snagged herself one of the sweetest guys EVER while she was studying in Kansas. 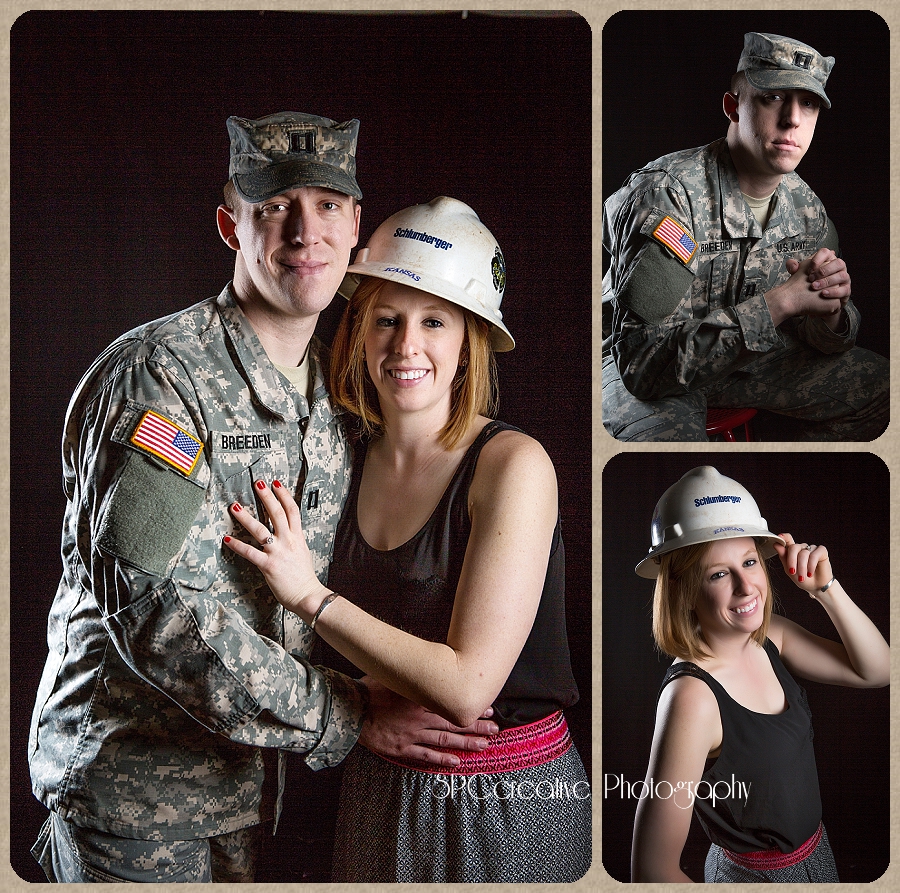 They’ll both definitely be rocking a more formal look on Saturday, but I’m sure there will be plenty of spirited antics with these two — and I’ll be there to capture the whole event. 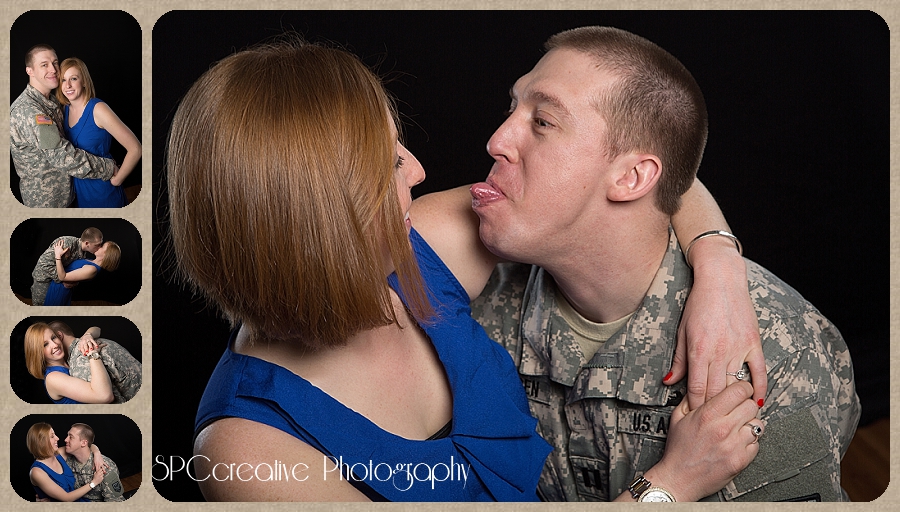