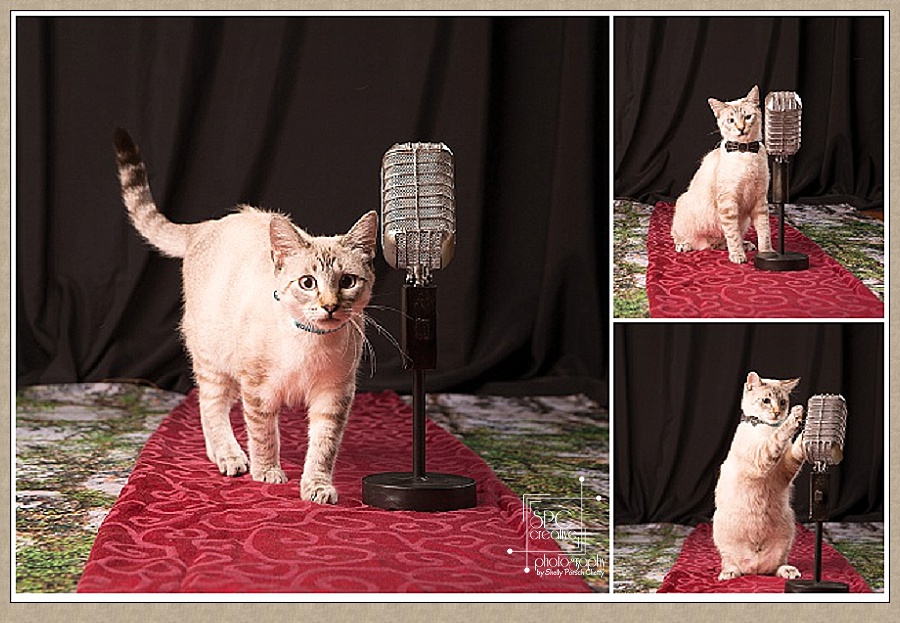 Wow February went by fast, didn’t it?  My attempts at a daily non-portrait type of photo a day have not been perfect, but I”m hanging in here.  If I miss a day or two, it’s really not a big deal.  We aren’t doing this to prove anything to anyone but instead it’s a way to keep shooting things that are out of my normal realm.  And the important thing is to pick up and continue and to have fun with it.

So the month kicked off — (get it?  football joke … bwahaha) with Super bowl XLIX  and TV Time — football — commercials — avocados — red wine 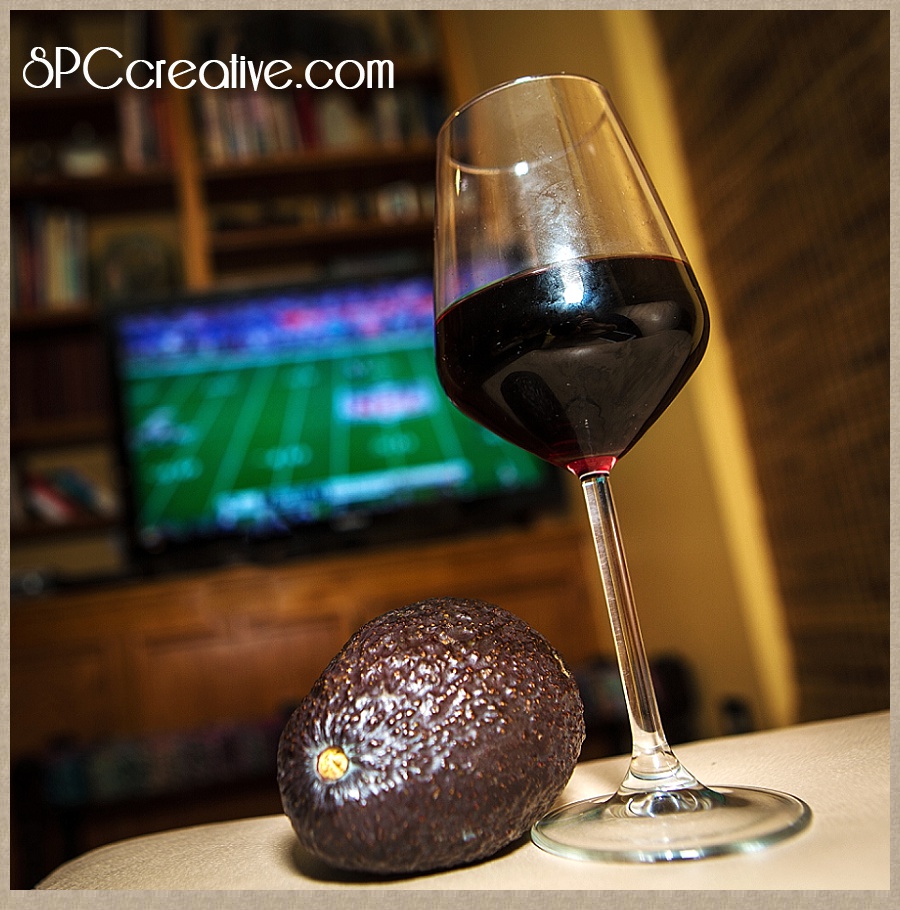 But my favorite boyfriend brought me these pink beauties.

” … If Winter comes, can spring be far behind?” – Percy Bysshe Shelley 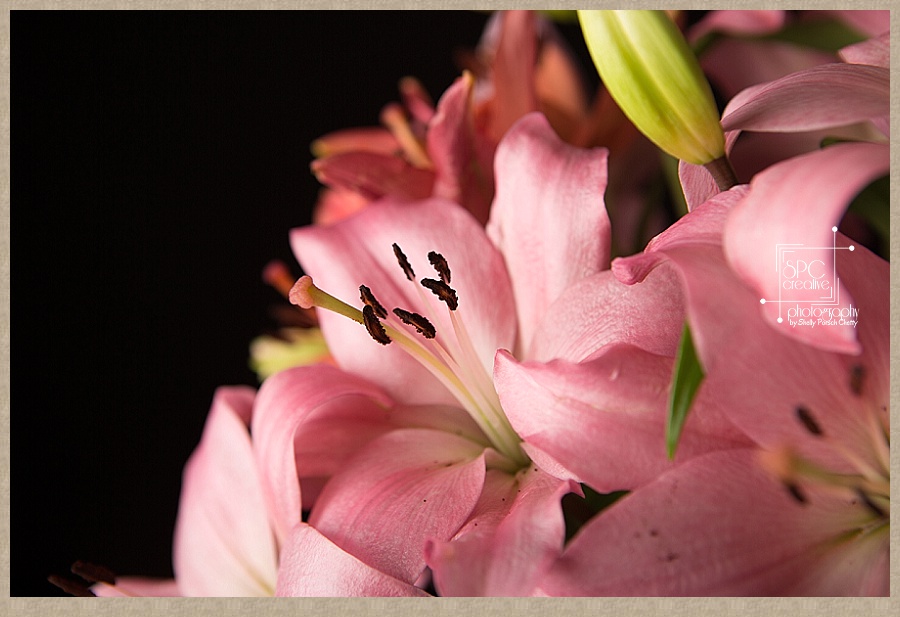 When I come “home” from work, the commute is a an exhilarating 16 steps from the up to the down.  My only traffic jam consists of a rescue pointer mix or a geriatric Aussie on steps 4 and 5 from the bottom. Once I weave past that obstacle, this is what greets me in the kitchen when I arrive.    Fred has an innate tablet aptitude, and he just wants to help.

Just a motley collection of selfies.  I have a goofy little habit of taking selfies as I set up lights in the studio.  Sometimes I even save them, but I don’t really have anything to do with them – so I gathered up a few in one place for grins. (One day I’ll get the guts to pull the really super bad scary ones – everyone will love that! )

I have had super-short hair most of my adult life, but last summer I discovered a salon that specializes in curly hair.  We are taking the anathema of my youth to new lengths – and embracing it.  Although this collection is in no particular order, I think I will continue this little game and document our progress – as long as it lasts. 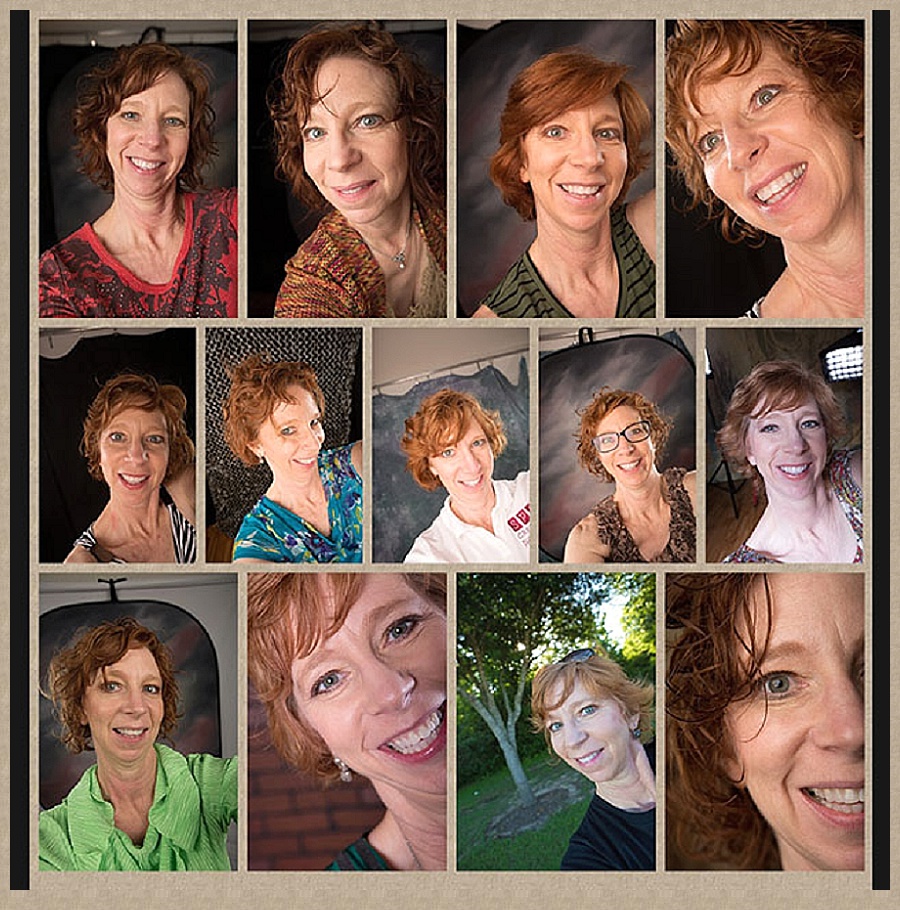 The new office manager, Fred the Cat  is  in charge of catnaps and distractions.  I REALLY do love my commute. 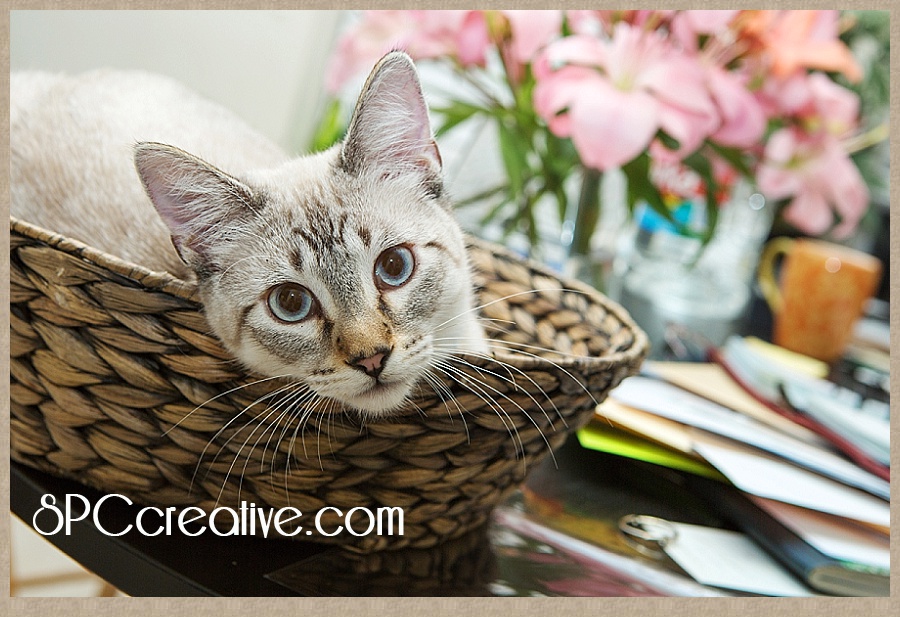 Saturday mornings meant one thing in our home when I was growing up.  Pancakes!  As I got older and started spending Friday nights with friends, I was always disappointed to find that my price for a night of fun and giggles away from home usually meant cold cereal.  I just couldn’t believe that other families didn’t eat pancakes on Saturdays like we did.  What were they thinking?

Pancakes on Saturday continued as long as I can remember, except on weekends that we made WAFFLES!  Oh My!  When I was in high school, my dad got in on the act too.  He experimented with a wide array of different batter recipes and home made sourdough too.  Lots of variety, but always loads of melty butter and dripping with syrup.   To this day when I smell fresh cut grass (another Saturday tradition) it automatically triggers the thoughts of maple syrup … and bacon too.

I tried to carry the tradition forward while raising  my own kiddos.  Some weeks were more successful than others – and then my husband was diagnosed with celiac disease.  No more pancakes for us. – UNTIL a sweet neighbor gifted us with a box of King Arthur Flour Company’s Gluten-free Pancake mix and a bottle of Vermont maple syrup.  And it was GOOD!

The griddle lives again, and Saturday mornings are special once more. 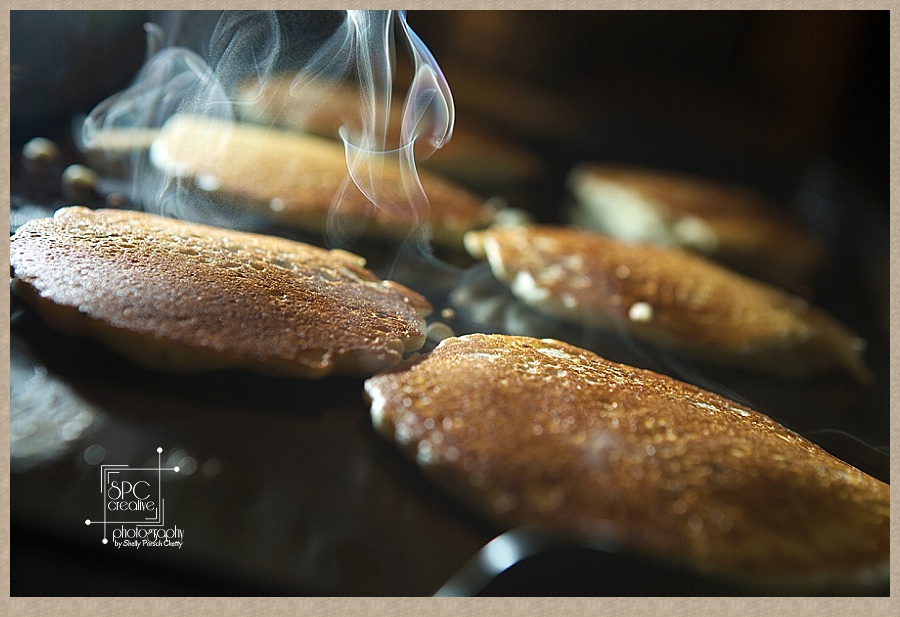 When the stylus disappears, stress increases by the minute.  Found this afternoon – on the floor – under a shoe.  I think Fred the Cat may have been involved. 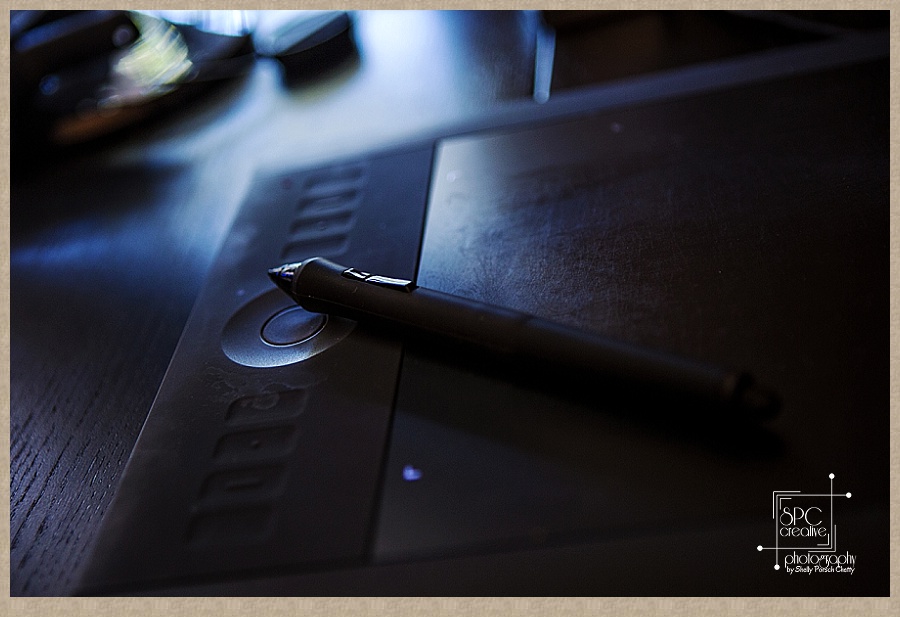 Way back on our fifth anniversary, I gave Mike a box full of funny little gifts signifying our love.   Among the items, a handful of glass hearts with instructions to  carry one in his pocket as a reminder that my heart was always with him.

I didn’t just give him ONE heart.  I gave him a bag full because I didn’t want him to worry if something happened and he lost it.  I wanted him to know that we had plenty of love to spare.

Guess what … he has carried the same glass heart in his pocket every single day and never lost it.

He dropped it once, and there’s a chip in it now, but I think that gives it character.

We will celebrate our 18th anniversary in two weeks!  A heart of glass is more durable than you think it is. 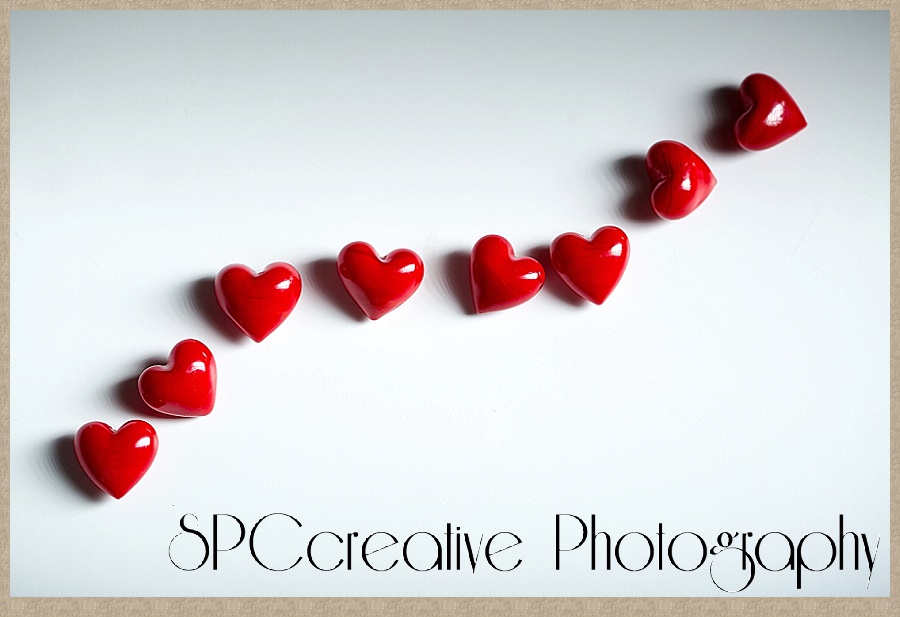 Do you dare surprise someone on their  99th birthday?

If it’s MY Mawmaw, you sure do.  Is she not amazing?

She didn’t want to have a party this year because she’s saving that for the big 100, but fortunately for us her birthday fell on a Saturday.  That made it fairly easy for nearly all of her grandchildren to gather for lunch in her hometown.  My son stood in for my brother who lives more than 700 miles away.

Fred has discovered the magic  cursor. 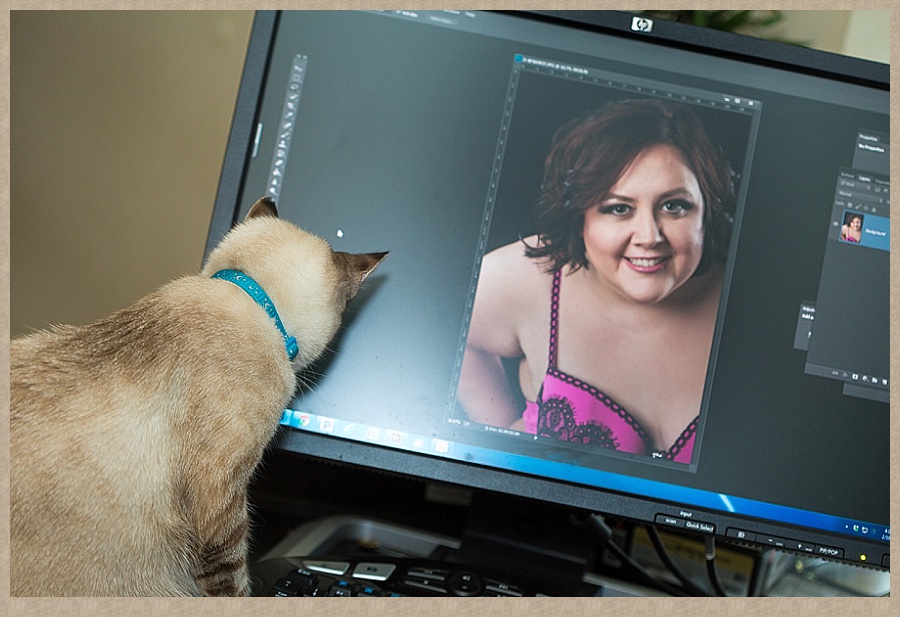 I’m going to take a stab at the Lenten Photo Challenge with devotional thoughts again this year.  Two years ago I did a pretty good job.  Last year, not so much.    Here’s to 2015…

The wooden spoons and chopsticks in my kitchen take quite a bit of abuse.  I use and misuse them all the time. They have a role in nearly everything I prepare in our little kitchen – and I’m a pretty good cook, if I do say so myself.

Nothing beats the feel of wooden spoons against a pan or in a mixing bowl, but I am not careful with them. They stir our oatmeal and then rest too close to the burner, getting scorched. They reach vitamin tablets that bounce under the stove.  I throw them into the dishwasher where they withstand heat and harsh detergent ….

Even though I have a canister filled with wooden utensils, there are a few that I always reach for first.  These are the ones I have had the longest, too.  They just seem to be the most seem to fit my hand and work the most efficiently.  These are the ones that are worn to a rich patina,  their grain is tighter and water doesn’t damage them nearly as easily as it does the newer ones.  One of them even got caught in a blender blade once, but over time the chipped end has worn to a new funky smoothness, and it’s still a favorite.

Eventually they ALL become dry, and pale, and rough and just plain tired, so when I can, I place them all together  into a pan and season them with mineral oil.  Just rub it in real well and let’em soak overnight.    After a little time of rejuvenation and polishing with a soft cloth, they’re ready to go back into the canister by my stove where they will continue to serve well.

Sometimes after a good oiling it’s hard to distinguish the old ones from the new.

Life does that to us as humans too.  We go about our business, doing whatever needs to be done. We spend our time and energy doing things that are not always in line with our priorities.  We don’t take good care of ourselves, and we get tired, cynical, distracted, and depressed.  But there are always a few people who seem to be in the midst of every activity, every service project.  They’re the first ones to offer encouragement.  They’re the ones organizing coat and sleeping-bag drives for the poor and meal schedules for families in crisis.  They always seem to have a smile on their face, time to listen, and a warm hug to share. Sometimes they even get stuck in the blender blades of crisis themselves, and they crack a little – but they bounce back faster than others.

And we as believers gather together, the seasoned leaders and disciples, the raw eager learners, the givers, the needy,  the creative thinkers, and the organizers who bring us back onto topic… and we mingle and work together, soaking up the healing oil of hope, the balm of mercy.  And we serve  together again. Each time we are a little more scarred, a little more worn down, but also a little more trusting, a little more resilient.

I want to be like the most used and worn out spoon in the kitchen.

This is Lent, y’all.  Let’s soak up the Peace that passes all understanding so that we can do everything that we are called to do.

“ For by grace you have been saved through faith; and NOT OF YOURSELVES, it is the gift o God; not as a result of works, THAT NO ONE SHOULD BOAST. For we are His workmanship, CREATED in Chris tJesus FOR GOOD WORKS, which God prepared eforehand, that we should walk in them.”  Ephesians 2:8-10

From the days of creation to Noah’s flood to Moses’ baby basket and the parting of the Red Sea . . . through the waters of baptism to the water that Jesus turned into wine.

Cities have been founded on it.  Wars fought over it

Water … it’s  a blessing, and it’s generally abundant.  It refreshes. It makes things grow, and it  washes away the dirt.

Parts of our country are in severe drought stages. Not just one year or two with low rainfall … SEVERE!   Lakes sit stagnant and nearly empty.  Farmers have shut down operations.  Once verdant hillsides have turned brown and crispy, but when just a little bit of rain falls in those areas, the tender grass greens up quickly, wildflowers bloom, and people who are not aware of the overall situation forget that water is in short supply.  They turn back to their  wasteful ways. … and eventually the taps  WILL run dry.

Is your soul in drought?

The Living Water that our savior offers is different from the water that comes from a well or the garden hose. Take a tiny sip.  Drink up.  Jump in!  Splash around and get yourself soaked – right down to the skin.  . . .  Because  THIS water will never run out.  THIS!  This is the good stuff! 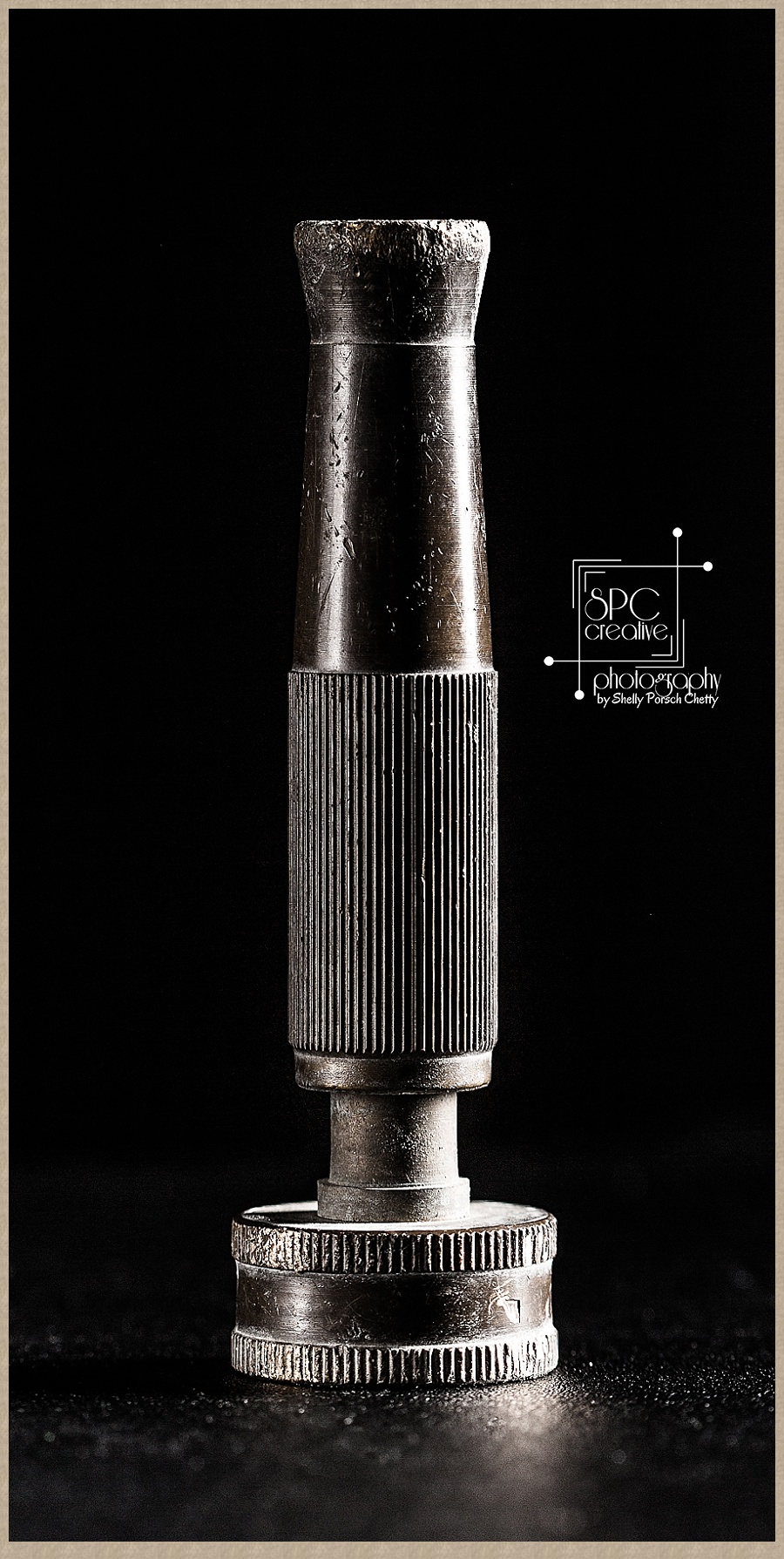 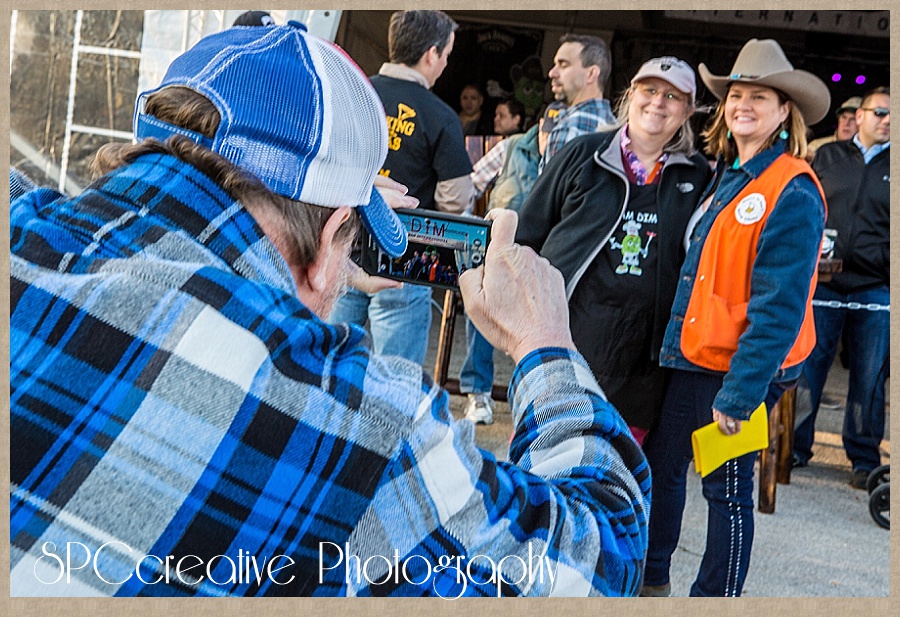 Day two of the barbeque cookoff.  NRG stadium, looking back across the bridge at the end of the evening 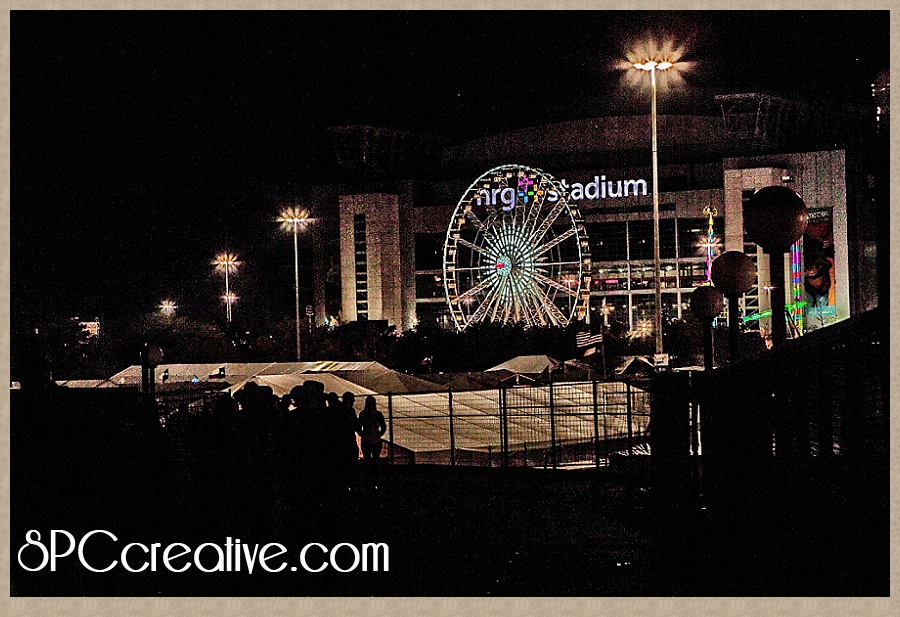 Wrapping up the barbeque cookoff with  the amazing Dim Fiefelmann Cookers . What an amazing group of people.  They made me feel like a true part of their family.

I’ve lived in Houston for about 16 years, and have thoroughly enjoyed Rodeo Season, but this was my first experience with the cookoff.  I promise y’all, there isn’t anything else like this . . . anywhere.

1/5 second at f 2.8  while zooming. Shot with rear curtain flash, a technique that needs a little more practice. 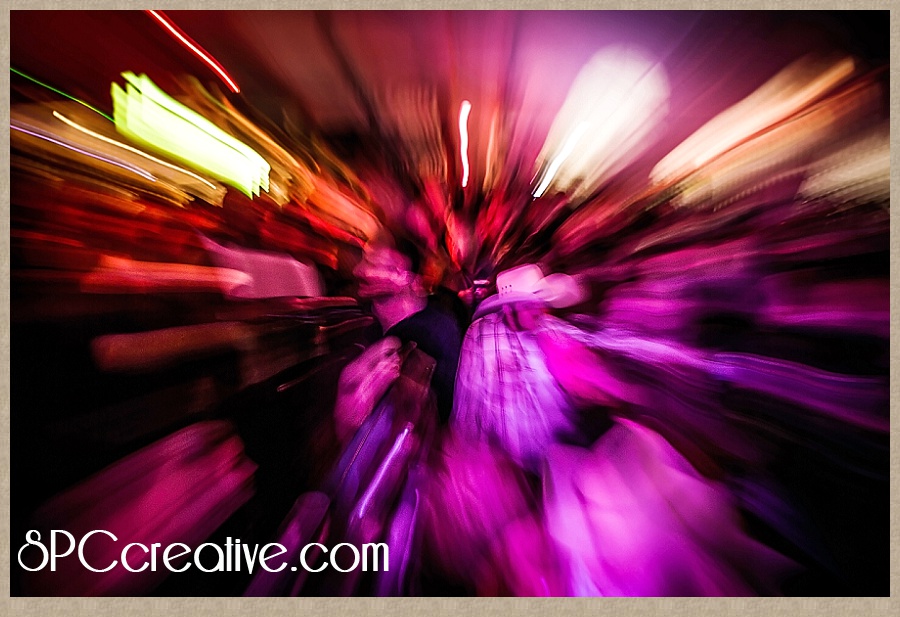 So there you have it … a picture a day for MOST days in February.  Happy March everyone!